Finally time for the bucket list ride in the beautiful forest Lunsen which is known to offer difficult orienteering for runners, we are convinced it will not be an easy match for bikers either.

Even though no biker is allowed to leave the paths, the flat terrain will not offer much help finding your location in case you ever get lost. The northern part of the competition area offers a track network which gets denser the closer you get to the urban areas located at the edges of the map.

Further away there are again long winding trails going “up and down” through marshes similar to those in Nåsten, just even longer and the terrain is flatter. In general there will not be many fast riding paths, instead prepare for choosing between bad and worse. There will be even more narrow bridges across the marshes, mostly shorter but there are a few which are really long.

We assume that all participants will honour the fair play approach where both riders step off their bike and let the other pass in case a meeting occurs! Some of the longer narrow bridges where we anticipate meetings to occur have been marked on the map and are - like any path - classified after how hard they are to ride, for example one long but narrow bridge has a handrail and are thus marked as a path which is very difficult to ride.

This day there will be a longer route to the start. The route to start will be marked from MTBO-P, thus avoiding the need to go back and forth to the arena before start. 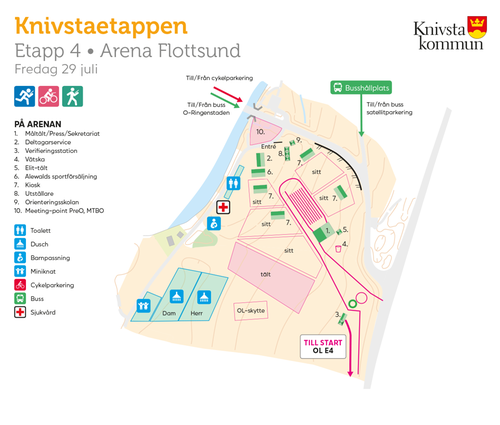